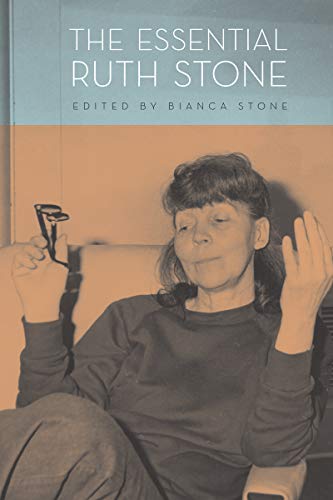 Join us for an evening of readings from THE ESSENTIAL RUTH STONE edited by Bianca Stone (Copper Canyon Press).

In celebration of the new anthology of Ruth’s work, The Essential Ruth Stone, from Copper Canyon Press, Bianca Stone and Chard deNiord will read and discuss. This event is free and open to the public. Registration is required as a private Zoom link will be provide day of.

Please consider purchasing a copy of this book from one of two local Vermont, independent bookstores, Ebenezer Books or Antidote Books.

Ruth Stone was the beloved Vermont poet and the author of thirteen books of poetry, including In the Next Galaxy, which won the 2002 National Book Award, and her collected poems, What Love Comes To, which was a finalist for the 2009 Pulitzer Prize. Her 1999 collection Ordinary Words won the National Book Critics Circle Award in 1999.

Bianca Stone is a writer and visual artist. She was born and raised in Vermont and moved to New York City in 2007 where she received her MFA from NYU. She collaborated with Anne Carson on Antigonick, a book pairing Carson’s translation of Antigone with Stone’s illustration and comics (New Directions, 2012). Stone is the author of the poetry collection Someone Else’s Wedding Vows, (Tin House Books and Octopus Books, 2014) and Poetry Comics From the Book of Hours (Pleiades Press, 2016) and most recently, The Mobius Strip Club of Grief (Tin House, 2018). Her poems, poetry comics, and nonfiction have appeared in a variety of magazines including Poetry, jubilat, and Tin House Magazine. She has returned to Vermont with her husband and collaborator, the poet Ben Pease, and their daughter Odette, where they run the Ruth Stone Foundation and letterpress studio.